FOOD, WINE, and the FORESTS

Forests play a fundamental role in the maintenance of fertile soils, a stable climate, clean water and fresh air.

In the south-west they are also used as the branding, ‘Genuinely Southern Forests’, for the food produced in this much loved part of the world. Forests are the foundations upon which a healthy and sustainable south-west food and wine industry are built.

“Forest ecosystems offer countless goods and services that contribute to human nutrition, rural livelihoods, agricultural productivity and sustainability, and climate change adaptation and mitigation. Yet they remain significantly undervalued. As such, they provide “low-hanging fruit” to be marshalled in the service of food security.”

The links between food and forests has long been understood by producers, and is now getting the policy attention it deserves.

In 2015 at an International Day of Forests conference in Geneva, Switzerland, the focus was on the role forests play in food security in terms of protecting soils, mitigating floods, purifying water, securing water cycles and biodiversity and also mitigating climate change. The wider economic message to emerge at the conference was that incorporating sustainable business principles into forest-related food production could generate socio-economic benefits, jobs and profits.

“Climate change is among the greatest threats to food security in the future, and healthy forests can help buffer the impacts of increased frequency and severity of extreme weather events projected to accompany global warming,” UNECE, UNOG, FAO, 2015. http://www.unece.org/forests-for-food/#/

Links between thriving forests and rainfall were also spelled out in a study by researchers at the Centre for Water Research at the University of Western Australia.

The UWA study, published in the International Journal of Sustainable Development and World Ecology in 2013, found there was “an urgent need to increase rainfall and mitigate changes in climate via reforestation programs using large native trees. This would involve growing tall native trees including Jarrah and Karri on vacant coastal land, as well as strategically growing native trees in and around farms," said Dr Andrich. (Dr Mark Andrich, 2013, UWA News http://www.news.uwa.edu.au/201311206266/research/plant-more-native-tress-increase-rainfall-south-west-scientists.)

Food production is dependent on predictable rainfall, and the UWA researchers analysed rainfall and land clearing data and found that deforestation was a major cause of a rainfall decline experienced in the State's South West.

Presenting the findings of their study, Dr Andrich said land clearing of the forested coastal strip region south of Perth, “which removed 50 per cent of the native forests between 1960 and 1980, coincided with a 16 per cent reduction in rainfall relative to stationary coastal rainfall.”

Dr Andrich said the research demonstrated conclusively that the clearing of South West forests between 1960 and 1980 “caused a direct reduction in rainfall of around 15 per cent at Mundaring Weir - an important source of drinking water for West Australians.  It also showed a decline in Wheatbelt winter rainfall relative to rainfall on the coast also started around 1960.”.

Forests play a fundamental role in climate stability. The science conclusively shows the best approach to forest management for climate mitigation is to let them grow. You can find details and further reading on our (link to) climate and forests page.

Food production is dependent on predictable rainfall, and the UWA researchers analysed rainfall and land clearing data and found that deforestation was a major cause of a rainfall decline experienced in the State's South West. 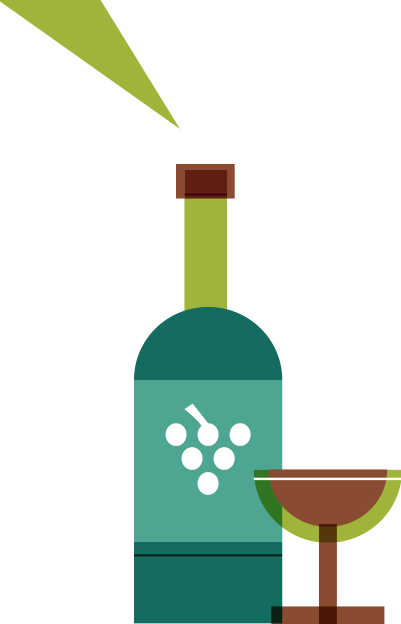