The following information is taken from Beckerling, 2015, Ticked off: How karri forest logging threatens wildlife and the FSC Standard.

Please see the paper for the references and further information. 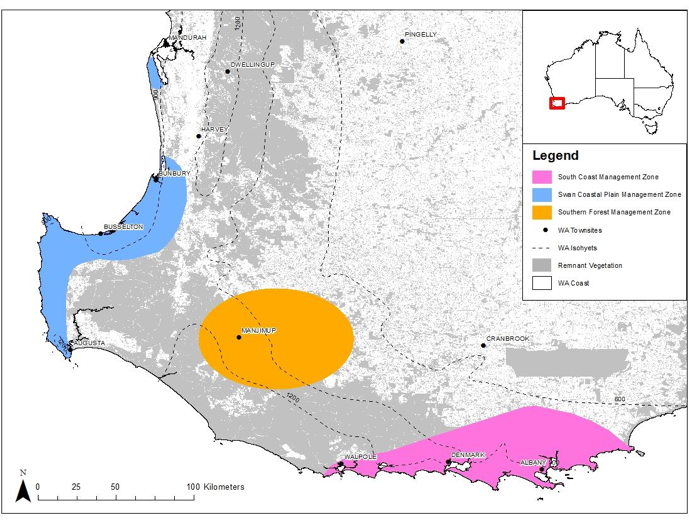 Logging has a severe impact on Western Ringtails. Individuals die during the logging operations and the increased predation by foxes and cats following logging, as well as the post-logging fire, cause further deaths (Wayne et al. 2000; 2006; Burrows et al.1993; 2002).

An experimental study in Kingston forest near Manjimup in 1997 found that within two weeks of the logging only 31 per cent of the radio collared animals were alive compared with 80 per cent of the control animals. Up to 17.6 per cent of the possums died when the trees they were in were felled (Wayne et al. 2000). Further studies have found that the declines continue over the years following logging and that the loss of canopy continuity means that the possums are forced to travel and den on or near to the ground where they are more vulnerable to fox and cat predation (Wayne et al. 2006).

The Action Plan for Australian Mammals (2014) lists logging as a threat and references the Wayne et al. 2006 study which found that the species is more abundant in unlogged forests and forests where logging has been least intense. It also reiterates that logging leads to mortality through increased predation. Cat predation, which is known to increase following logging, is listed as a severe-catastrophic threat (Burbidge 2014, p543).

The loss of refuge and nesting sites, loss of canopy cover, increased predation and post-logging fire interact to have profound impacts on this species.